Welcome to the Merivale Maulers

What is Golden Oldies rugby? Well, here is the official version;

The spirit of “Golden Oldies” is epitomised in the motto of “Fun, Friendship, Fraternity”.

This international motto is the central theme of every Golden Oldies game.

These rules do not permit offside play, over-vigorous play, unsportsman like behaviour and have been designed to increase the enjoyment of the game while minimising the chances of injury.

The normal laws of rugby as per the International Rugby Board (IRB) shall apply with the following law variations (unless varied by mutual agreement between teams and officials):

All players are to observe the restrictions on tackling “older” players. These are identified by coloured shorts:

Now for what actually happens.

Hosting teams provide a meal afterwards in their clubrooms or local establishment licensed to provide re-hydrating beverages.  Teams utilise these occasions to run team raffles to assist in the funding of the teams.

The Merivale Maulers home ground and clubrooms are those operated by the Marist West Rugby League Club situated on the back half of Bishopdale Park.

This year the Merivale Maulers will play the following matches:

The Merivale Maulers run weekly raffles at the Bishops Brothers Tavern, Farrington Ave, Bishopdale every Friday afternoon from 4.30pm.  Anyone who may have an interest in joining the team is welcome to come along and meet a few of the team members and supporters at the Bishop Bros Tavern.

Or you can contact the following for any additional information.

Come and join in the fun 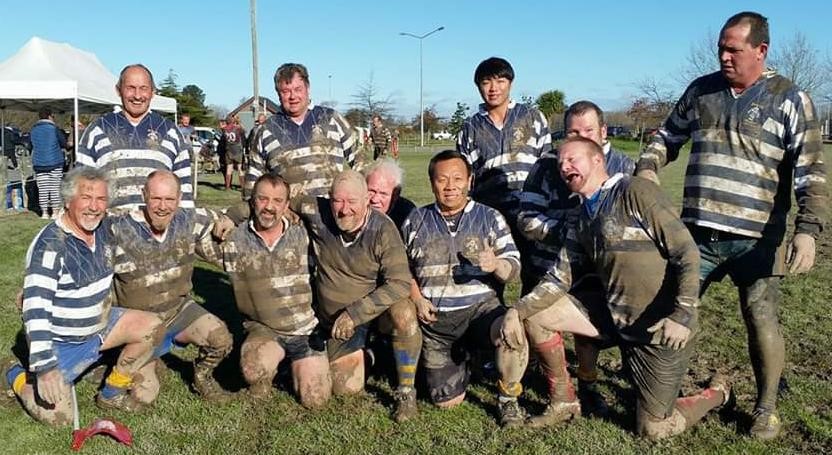